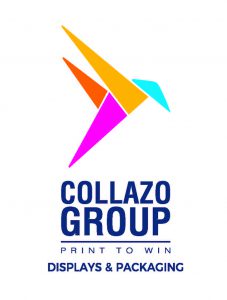 That was the recorded sustained winds behind Hurricane Maria, the devastat ing Category 4 storm that blew through the Caribbean islands last year. By the time it hit Puerto Rico on Sept. 28, it was the strongest storm in 85 years to make landfall. It knocked out power to the entire island. Trees were uprooted. Homes and businesses were destroyed. Epic flooding ensued.

As the world watched in horror, the people of Puerto Rico began to sift through the aftermath—a recovery that continues today. Christian Collazo remembers every thing all too well. The owner of print service provider Collazo Group recalls the feeling of isolation. “When the hurricane hit, there were no communications at all, no email and no telephones,” Collazo says. “Part of our building blew off, parts of the roof blew off, and we were flooded. We were shut down for three weeks, rebuilding, cleaning, with no production running.”

Little by little, business resumed. Collazo Group ended up taking a small office in the metro area of the island. The company had limited internet availability and telephone service, but it could start plotting its course.

Two weeks prior to the hurricane, Collazo signed a contract with Fujifilm for the Onset X1-LT. After the storm hit, things were a little off track, to say the least. “We imme diately spoke to Fujifilm to discuss a delay because we were in limbo,” Collazo says.

Fast forward two months after the hurricane and Collazo Group completed its successful install of the Onset X1-LT. Four months later, the Collazo team was back to full capacity, culminating with a recent open house celebration.

“When our clients started reordering from us, they were doubling up on orders, as all of their previous output was ruined by the storm,” Collazo says.

DIGITAL TO THE RESCUE

A family-owned business, Collazo Group was founded in 1984 with three employees. Today, with more than 70 professionals, the company operates out of a modern 45,000 square foot facility. The team operates with two shifts, 16 hours per day. Since the beginning, Collazo Group has distinguished itself by providing quality ser vices and excellence to its clients, knowing that every job is a unique chance to make a good impression.

With its beginning as an offset com mercial printing company, Collazo says he started to see offset margins tapering off. He knew the company needed a wide for mat press that could handle its ever-growing capacity, which includes large, custom dis plays for retail-driven clients including drug stores, supermarkets, malls, chocolate and snack companies, and pharmaceuticals.

“It’s not possible without digital,” Collazo says. “We can now show the client the final product, as-is, with exactly the same mate rials, same output, same finishing, and they really like that. The Onset has helped us gain a lot of new business. We output a lot of white ink on the Onset, and it’s the best on the market for quality, production and outstanding reliability.” Collazo Group prints on multiple sub strates, including corrugated, foam boards, styrene, PETG, Lexan, ACM and PVC. Collazo says the adhesion on these sub strates is really good, and the matte and gloss finishes allow substrates to really stand out, especially for the company’s upscale clients.

To make it through the storm, Collazo needed a partner it could depend on. “Fujifilm’s communication, support and service are very good,” Collazo says. “If I don’t have the support, I’m not going to buy the machine.”

Ready to Get Started with Onset?

Talk To Our Team of Experts